12 June 2010- Coney Island, Brooklyn, NY- Crowds at the 20th Annual Tribute to Our Ancestors of the Middle Passage, which was intially celebration of the lives of African Slaves who were either killed or thrown overboard Slave Ships bound for the Americas to either lessen the load and or cut back for food rations. The Middle Passage refers to passge way which Slave Ships travelled with their ' human cargo.' A great majority of enslaved Africans, chose death and leaped from ships to either swim hopefully back to the continent of Africa or give their lives for the sake of freedom. It is esitimated that 100 million souls were lost during the duration of the Middle Passage which lasted from 1619 to the 1830's. 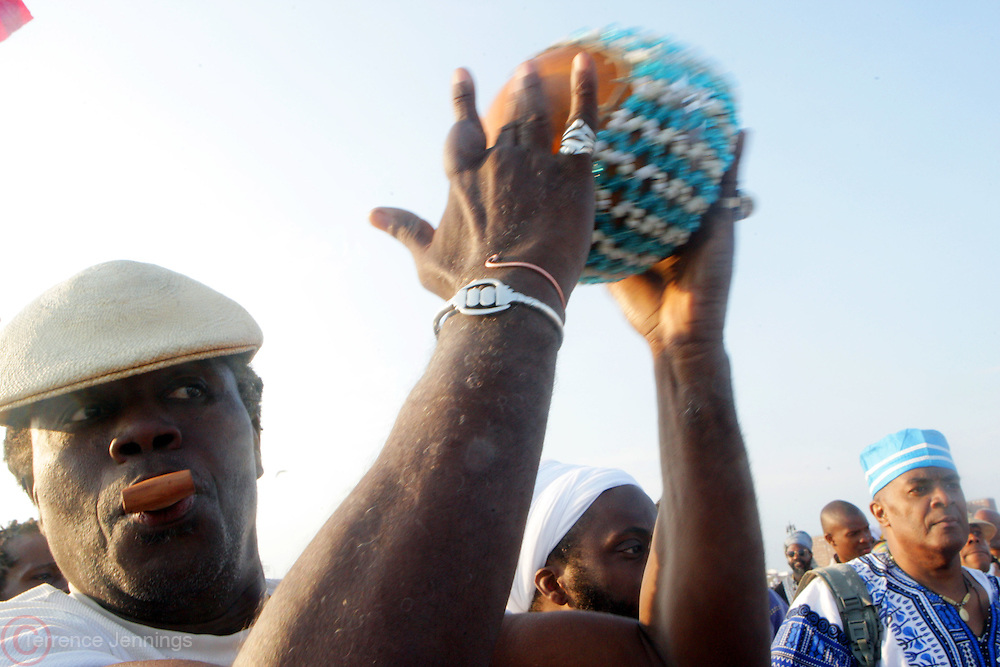