20 December-New York, NY: Visuals at the scene of where two NYPD Police Officers were shot and killed on December 20, 2014 in the Bedford Stuyvesant section of Brooklyn. NYPD Officers Wenijan Liu and Raphael Ramos were ' shot and killed with no warning, no provocation execution style ' according to NYPD Commissioner William Bratton. The suspect, identified as Ismaayil Brinsley, allegedly ran into a nearby subway with police in chase, run onto the platform and committed suicide. It is believed earlier during the day, he shot and killed his girlfriend in Baltimore, Maryland several hours earlier. (Photo by Terrence Jennings/terrencejennings/com) 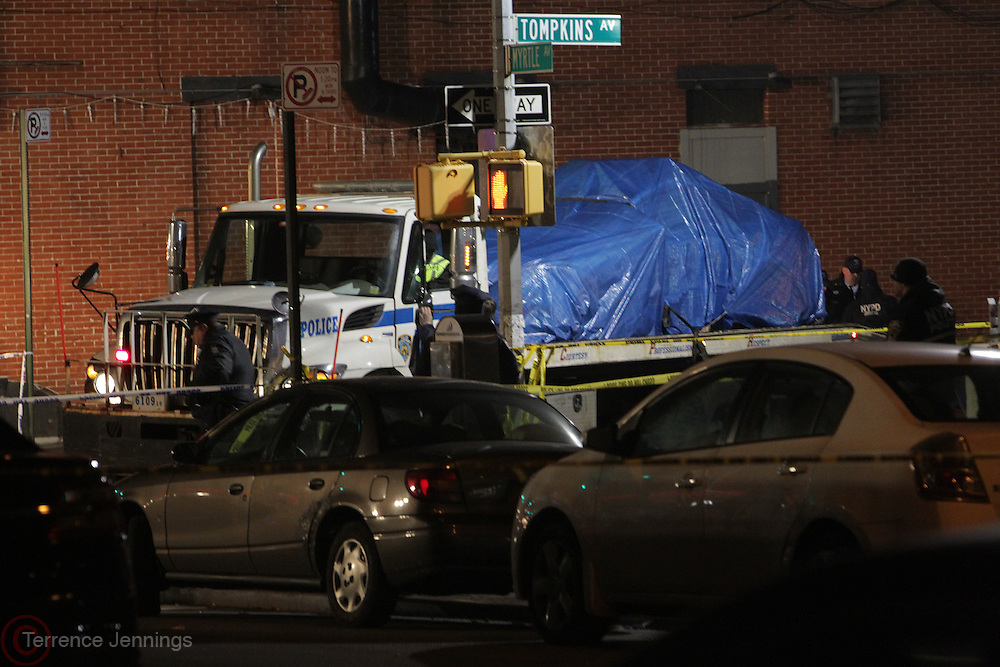