l to r: Chang Weisberg and Slick Rick at The Rock the Bells International Festival Series powered by SandDisk held at Jones Beach on August 3, 2008..Few events can claim to both capture and define a movement, yet this is precisely what Rock The Bells has done since its inception in 2003. Rock The Bells is more than a music festival. It has become a genuine rite of passage for thousands of core, social, conscious, and independent Hip Hop enthusiasts, backpackers, and heads. Following in the colorful tradition and history of past Hip Hop music festivals such as Smoking Grooves and Cypress Hill?s Smoke Out, Rock The Bells is the ultimate Hip Hop platform and premiere music experience in America. Rock The Bells has established a forum of unparalleled diversity and excellence by uniting the biggest names involved with urban culture. 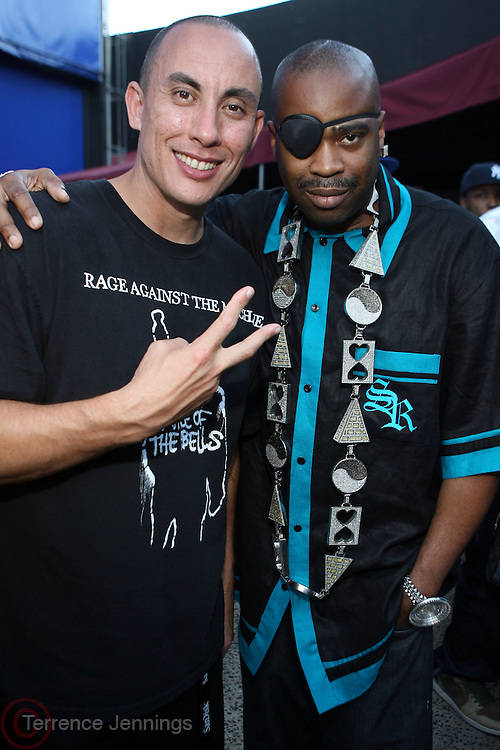