April 3, 2013-New York, NY: (L-R) Model Gate Maya Haile and her husband Chef/Author Marcus Samuelsson attend the ' Free Angela and All Political Prisoners ' New York premiere held at The Schomburg Center for Research in Black Culture on April 3, 2013 in the village of Harlem. In this Documentary film Angela Davis recounts the politics and actions that branded her a terrorist and simultaneously spurred a worldwide movement for her freedom as a political prisoner. (Terrence Jennings) 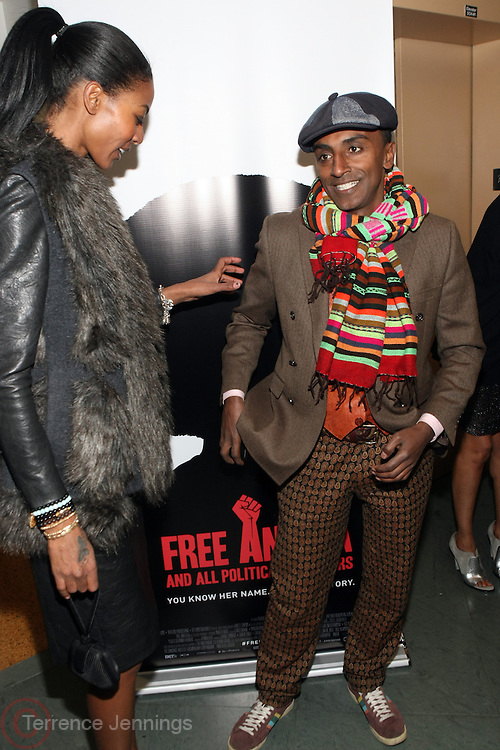