July 10, 2012-Harlem, New York: Author John Dramani Mahama, Vice President of the Republic of Ghana attends the Schomburg Center's Word Rapport with John Dramani Mahama and moderated by Author Andrew Solomon held at the Schomburg Center for Research in Black Culture, one of four Research libraries of the New York Public Library. My First Coup D'Etat: And Other True Stories from the Lost Decades of Africa, by the Vice President of Ghana, is a fable-like memoir that offers a shimmering microcosm of post-colonial Africa. Mahama's is a rare literary voice from a political leader, and his personal stories work on many levels?as fables, as history, as cultural and political analysis, and, of course, as the memoir of a young man who, unbeknownst to him or anyone else, would grow up to be vice president of his nation.(Photo by Terrence Jennings) 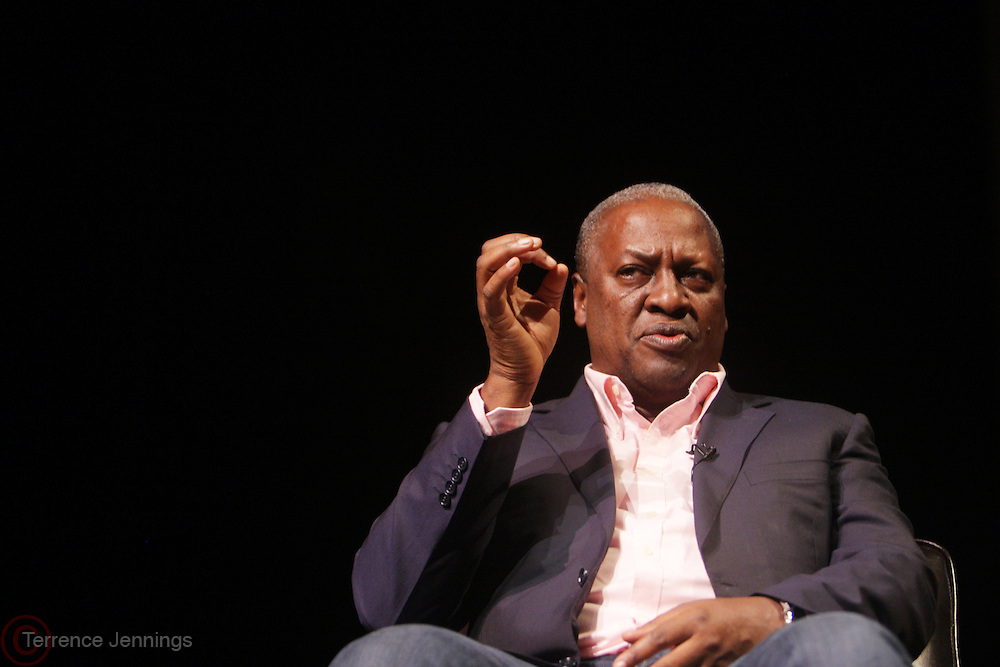