April 18, 2012- New York, NY : Dr. Cornel West, professor of religion and African-American studies at Princeton University attends the Tavis Smiley and Cornel West Talk and Booksigning of their co-authored new book ' The Rich & the Rest of Us: A Poverty Manifesto ' presented by Dr. Brenda Greene and the National Black Writers Conference held at the Slyvia and Danny Kaye Playhouse at Hunter College (CUNY) on April 20, 2012 in New York City. ..The latest census data shows nearly one in two Americans, or 150 million people, have fallen into poverty  or could be classified as low income. Dr. Cornel West and Tavis Smiley, who continue their efforts to spark a national dialog on the poverty crisis with the new book, "The Rich and the Rest of Us: A Poverty Manifesto." (Photo by Terrence Jennings).. 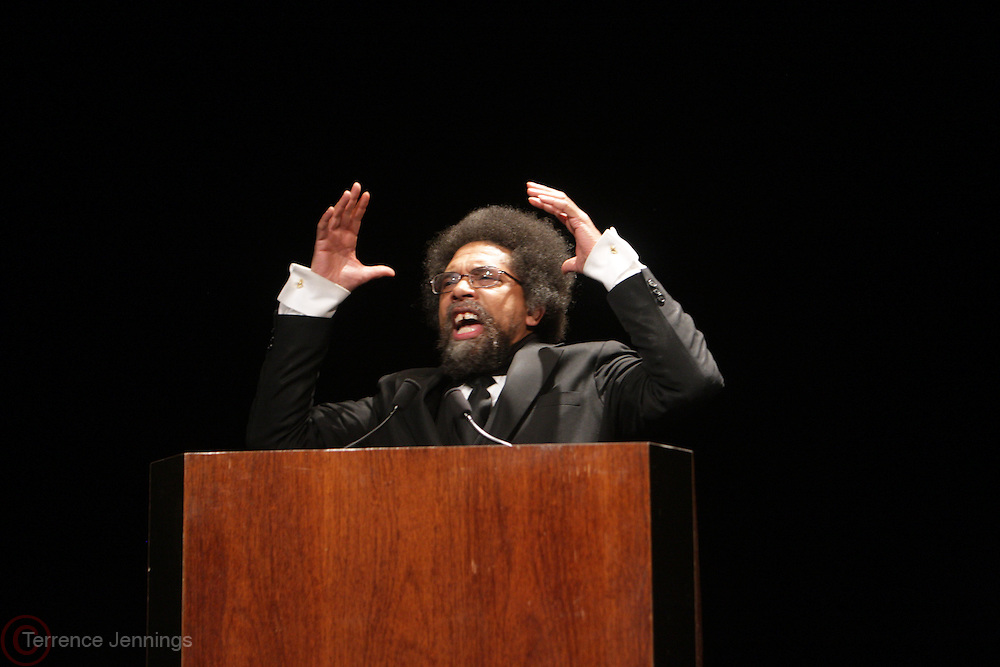