16 October 2010- Bronx, New York- Mechelle Lewis, U.S. Olympic Track Athlete, at the The Black Girls Rock! Awards Show Presented by BET and held at The Paradise Theater on October 16, 2010 in the Bronx, New York. ..Since 2006, BLACK GIRLS ROCK! has been dedicated to the healthy development of young women and girls. BLACK GIRLS ROCK! seeks to build the self-esteem and self-worth of young women of color by changing their outlook on life, broadening their horizons, and helping them to empower themselves. For the past four years, we have enjoyed the opportunity to enrich the lives of girls aged 12 to 17 years old through mentorship, arts education, cultural exploration and public service. At BLACK GIRLS ROCK!, young women are offered access to enrichment programs and opportunities that place special emphasis on personal development through the arts and cooperative learning. Photo Credit: Terrence Jennings.. 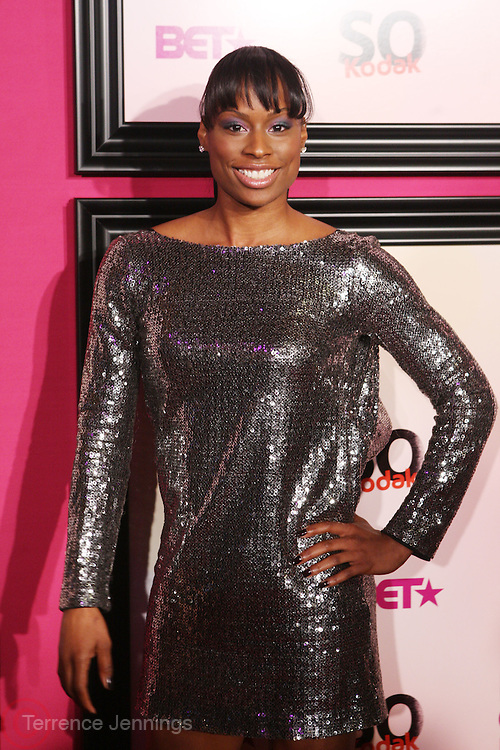