The Roots perform at The 2009 Rock the Bells Concert presented by Guerilla Union in association with Budweiser and held at Jones Beach July 19, 2009 in Babylon, NY..Few events can claim to both capture and define a movement, yet this is precisely what Rock The Bells has done since its inception in 2003. Rock The Bells is more than a music festival. It has become a genuine rite of passage for thousands of core, social, conscious, and independent Hip Hop enthusiasts, and Hip Hop Heads Globally. ..Rock The Bells is the ultimate Hip Hop platform and premiere music experience in America. Rock The Bells has established a forum of unparalleled diversity and excellence by uniting the biggest names involved with urban culture. 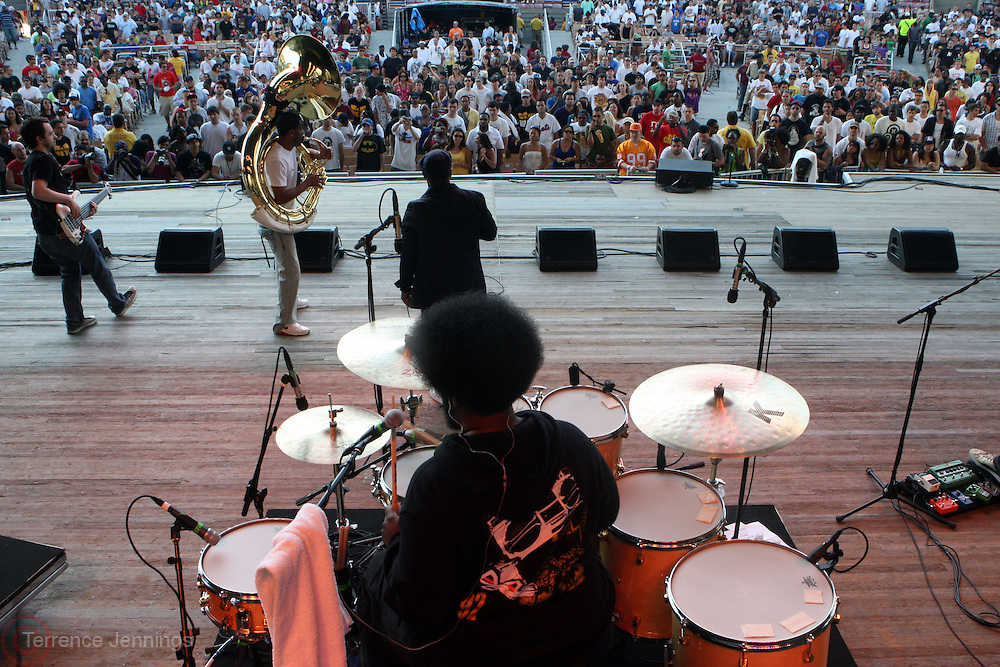