l to r: Governor David Patterson and Rev. Al Sharpton at the funeral for NYPD Officer Omar Edwards held at Our Lady of Victory in Brooklyn on June 4, 2009..NYPD Officer Omar Edwards posthumusly promoted to the rank of Detective was killed by NYPD Detective Andrew Dunton in a case of friendly fire, when Edwards was takened for a suspect with gun in hand. On Thursday June 4 2009, Officer Omar J. Edwards, 25, was shot by a fellow officer on a Harlem street while in street clothes. He had just finished his shift, and had his service weapon out, chasing a man who had broken into his car, police said. Three plainclothes officers on routine patrol arrived at the scene and yelled for the two to stop, police said. One officer, Andrew Dunton, opened fire and hit Edwards three times as he turned toward them with his service weapon. It wasn't until medical workers were on scene that it was determined he was a police officer. 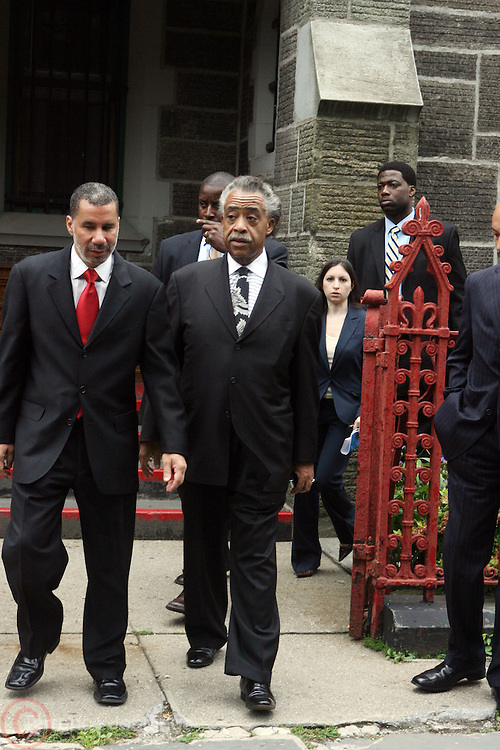